More Developments in the “Muslim Plot to Take-over Schools” story 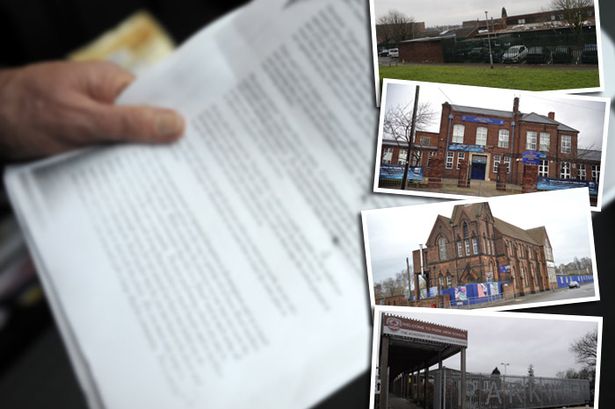 The past twenty-four hours have seen additional developments in the story involving the alleged plot involving a leaked document purportedly describing how some Muslims are planning to take-over schools in heavily Muslim populated areas using some highly unethical methods.

Tahir Alam – whose name is mentioned in the leaked document – gave a statement to the Guardian on Saturday describing the letter as “a malicious fabrication and completely untrue.”

He has now issued a much longer press statement  reiterating why he believes the document to be a hoax. It is worth reading in full.

Meanwhile, the Birmingham Mail yesterday published a story featuring Balwant Singh Bains, a former head of Saltley School who resigned last November. The Birmingham Mail story claims that he was “bullied and intimidated” by some governors after opposing their plans to ban sex education.

And the Daily Mail (inevitably) today publishes another story featuring yet more claims that other headteachers  in the Birmingham area have been targeted by some Muslims – including a Muslim lady almost twenty years ago – because she says she was seen as “too moderate”.

Where lies the truth? Two good friends of mine who have long worked to challenge Islamophobia have written to me to say they are convinced that the leaked document is a forgery.

My view? I am sadly not so sure – I think we should wait and see. Overall, I pretty much agree with this editorial that the Birmingham Mail published on Friday:

The claim that Islamic fundamentalists are seeking to take over the running of several city schools, imposing their primitive world-view, will cause massive alarm.

We make no judgment on the truth – or otherwise – of these very serious allegations.

But it is clear that they need thorough investigation, that the inquiry must be transparent and that appropriate action must be taken if the claims are proved.

However, it is also clear that this situation shines a spotlight on the risks of giving our schools greater independence.

By doing so, they are potentially at the mercy of all sorts of groups with hidden agendas.

Are there adequate safeguards against this?

Update:  The Times published a story on Tuesday March 11 2014 raising questions regarding the authenticity of the leaked document. This is all the more interesting because the original story was published in its sister paper, the Sunday Times. Interesting Times! We await further developments…

Update 2: The Guardian has also now published a story in today’s paper saying that the police are ” investigating whether a document outlining an alleged Islamic fundamentalist plot to “take over” schools in the city was a hoax connected to an employment tribunal involving one of the schools named in the plot.”

Update 3: The Guardian has also published an accompanying story featuring quotes from headteachers saying they recognise the tactics described in the leaked document as having been employed against them.

This site uses Akismet to reduce spam. Learn how your comment data is processed.